Scroll Down Scroll Up
News | Stories

Dennis Frost felt relieved when he finally received his diagnosis of frontotemporal dementia.

I’d been having difficulty recognising people’s faces, people I’d worked with for 10 years. It took 18 months to get the diagnosis, but that’s relatively quick for a younger onset dementia diagnosis.

At the time, I was told to “go home and get my affairs in order” but the path of dementia is not what society [and some doctors] may have us believe.

I’ve found having dementia to be quite liberating … knowing you have a finite time left as it were, makes things a little clearer.

I’ve also noticed that I have developed other skills – for example I have great difficulty recognising people’s faces but can still recognise people because they are more than their faces. I recognise people by their gait and mannerisms, their hair style, their voices and even their perfumes.”

Read and watch Dennis talk more about his diagnosis in this article on Dementia Alliance International.

Following his diagnosis, Dennis took an early retirement from his teaching role at TAFE and worked managing his own IT support business. He developed his hobby and has achieved a lifelong goal of building an extensive model railway. He has worked tirelessly as a dementia advocate with the Dementia Friendly Communities movement in Kiama and the Southern Dementia Advisory Group since 2014, and is an active member of Dementia Alliance International.

As a dementia advocate, Dennis has spoken and assisted at countless meetings, forums, support groups and conferences throughout Australia and overseas. He was recently appointed Vice Chair of the Dementia Australia Advisory Committee (DAAC), a national committee made up of people living with dementia. It provides strategic advice to Dementia Australia and other stakeholders on shaping dementia services, programs, policy development and advocacy goals. 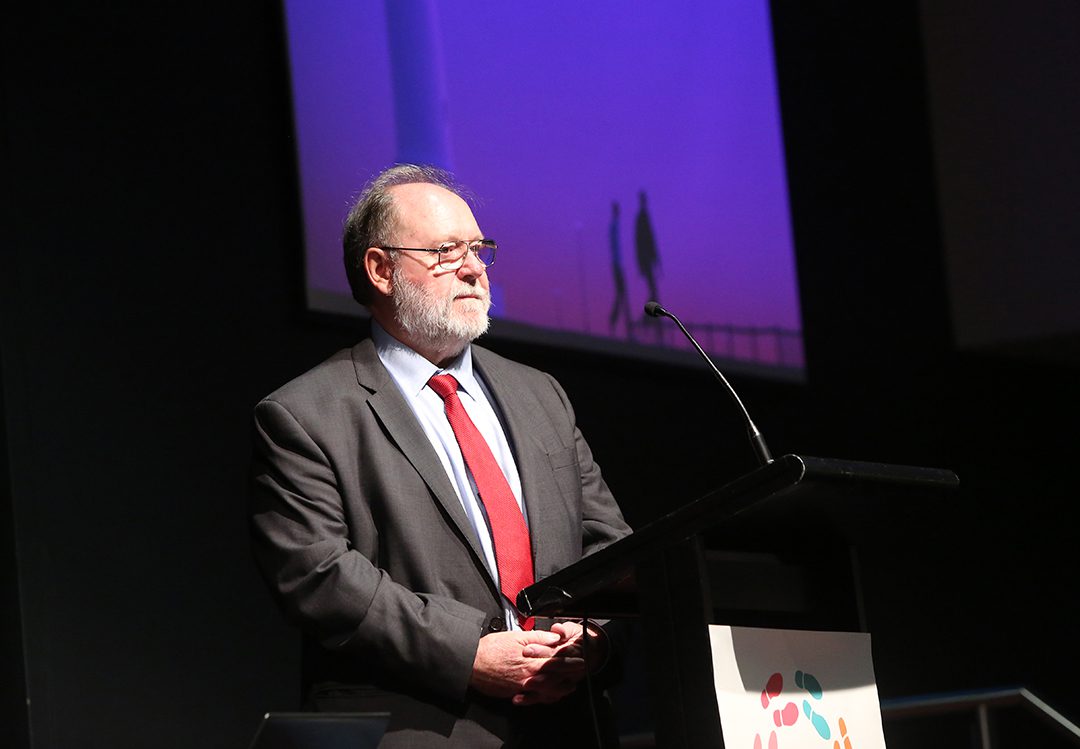 If you, or the person you care for had recently been diagnosed with frontotemporal dementia, consider these articles:

There are three subtypes of frontotemporal dementia, each with a different pattern of symptoms.

With this subtype of frontotemporal dementia, the person starts to lose the meanings of words. People with semantic dementia have trouble expressing themselves with words, understanding language, reading and writing. They may benefit from speech therapy with experts in improving communication (see 3.11 Speech and occupational therapy).

With this subtype, the person has difficulty speaking fluently. People with progressive, non-fluent aphasia have trouble expressing themselves and following conversations. They may benefit from speech therapy with experts in improving communication (see 3.11 Speech and occupational therapy).

With this subtype, the person’s behaviour, mood or personality changes. People with behavioural-variant frontal dementia may become apathetic, socially disinhibited or socially unaware. They often have trouble with judgement, making decisions or problem solving. They might develop new habits that they do repeatedly, including eating and drinking different foods or drinks. Treatment of symptoms may involve behavior modification, or medications for symptoms such as aggressiveness, agitation, or dangerous behaviors. Psychological therapy may be helpful and contact with Dementia Australia and/or Dementia Support Australia.